The power of Art as a guide for change, altering consciousness and as a model of excellence is now well-evidenced by neuroscientific research. This is not ‘art therapy’ in terms of expressing one’s psychological or emotional state through creating something artistic yourself, (although that is certainly beneficial too), but instead learning of the knowledge and wisdom embodied in art which can help us deal with challenges, re-inspire imagination and creativity, and provides a steadfast framework on which to build ideas, beliefs, vision and purpose, and meet challenges that face us today, in highly pragmatic ways.  Art opens ways of knowing and seeing  we didn’t think possible, changing perceptions and in doing so alters not only what we see and how we navigate our way through life, but alters us too. What I present through training and masterclasses is to show how art crosses diverse disciplines and seemingly irreconcilable opposites and provides us with an invaluable learning guide in today’s world.  This is life-altering for organisations seeking to re-inspire imagination, creativity and motivation, find purpose and vision, and for therapists, doctors, counsellors and individuals alike.
Mary Attwood
“I met Mary when she ran an art appreciation class locally to me, on a Saturday. I was entranced by her knowledge – and the way she made a subject that could be thought of as ‘dry’ by some, totally fascinating!”
D. Harding Renaissance of Art and Inspiration in Therapy

with Mary Attwood and Sarah Paton-Briggs

This Foundation course will introduce you to accessible ways of using art and inspiration in your therapy practice.  Mary Attwood and psychotherapist and founder of The Grove clinic, Sarah Paton Briggs, will share with you this powerful approach, enabling you to start to experience it for yourself and see new possibilities emerging as opportunities for your clients as well as for yourself as a therapist or supervisor.

Clients can find it hard to find the words to make sense of their current situation and imagine their futures, especially through the pandemic. Art provides a language that enables clients to connect with their emotions and experiences – providing a language for the intangible, the complex and paradoxical, and that which is just outside of awareness.

Open internationally at times designed to suit European and North American time zones, this programme is suitable if you are working with people or clients across a broad spectrum including:

– working within a prison setting.

and even apply custom CSS to this text in the module Advanced settings.

A Harmony of the Hemispheres Receive updates on stimulating articles, books, online and offline courses, gallery visits, webinars, and conferences which delve into art; its history and stories and the consciousness and attention with which we see and approach it.

Unsubscribe at any time. 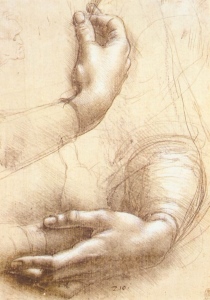 You have Successfully Subscribed!

In accordance with GDPR regulations you can unsubscribe at any time.

“It is this respect for context that underlies the sense in the Renaissance of the interconnectedness of knowledge and understanding, the uncovering patterns across different realms, ultimately implying the necessity of the broadest possible context for knowledge” Dr Iain McGlichrist

In this experiential talk Mary will reveal how the interconnectedness of knowledge and understanding, of intuition with skill are innately embodied in Renaissance art. Yet these wonder- filled images which blossomed out of 15th century Florence, are frequently rationalised and over intellectualised. Such a distanced approach is expressive of the deeper split in thought McGilchrist has highlighted throughout his work.

When given patience and space, engaged observation and reflection, the process of seeing these images unravels qualities in the viewer, opening eyes which look at and also through. Staying with an image long enough and absorbing its excellence, the eye becomes the window of the soul, both tangible and metaphorical. Through their brilliantly vivid appearance these art works re-engage the senses, they are visceral, felt in the changes in the body and breath, re-weaving the broken threads between body and mind, between matter and consciousness and in the threefold cognitive flow.

The oscillation between viewer and image becomes a dynamic motion of participation changing the art from static object to animate and alive. The illusion of three dimensional depth on a two dimensional surface is more than just the rebirth of pictorial space as Renaissance theory. It is a moment by moment experience which alters our vision from surface to depth, both of time and space and metaphysical depth, a renaissance of the image and us and altering perceptions beyond both.